Does that title make sense to anyone else but me? That is the way the last few weeks have been, Paul was on holidays for two weeks over the Christmas, New Year Holidays it is the only time during the year that he gets time off so we normally try to make the most of it.
We had a huge clean out of the back shed, six trailer loads to the dump (it's a big shed 9x6 meters) there were draws, a fridge, washing machine, dryer other odds and ends all things that we hadn't had time to take to the dump during the year. It is still a mess down there but that is a project I will be working on during the year to turn it into a teenagers retreat. There is lots of work to be done the car needs to be moved as well as the billiard table, the walls need to be lined and electricity needs to go in, but hopefully it will be done by next Christmas. I have planned to do a sporting theme for the room with red and blue as the main colours.
Another project that we worked on during Paul's break was our BBQ area, although it still needs to be tiled and a privacy screen put in we did manage to get the BBQ and Pergola put together. I love this BBQ normally it is the husband trying to talk the wife into buying a new BBQ, but not in this house I had to talk Paul into buying it, I figure that since I can't have my new kitchen for a few more years yet that at least I could have a great outdoor kitchen. It is so much easier cooking on the BBQ then trying to cook in the kitchen with a plug in oven and stove top, not that I have had a chance to cook yet, my boys love cooking on it and I think that it is good for them to learn. 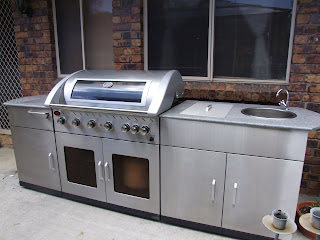 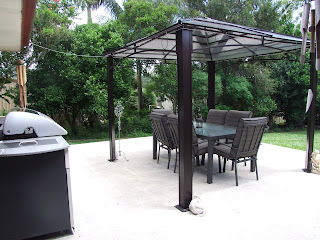 One project I have planned later for out here is an outdoor fireplace the hard part is going to be finding someone to build it, they are not a common occurrence here in Queensland. Below is what I would love, but I think that we will have to go for a simpler version. 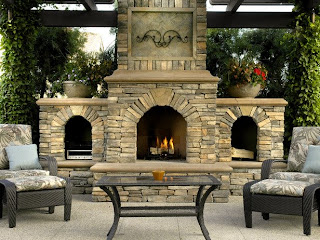 I have also managed to get all the Christmas decorations packed away something that normally takes weeks to do.

So that was the busy bits but we have also had plenty of time to relax up at the Sunshine Coast at Paul's' parents place at Golden Beach.
I hope you all have a great week.
Cheers,

I am not sure whether you got my last message because my computer went silly! I will try again...

Silly computer! I was asking about the pergola you out together? Where do you find those because it's what I am after! Katrina x

That BBQ is fabulous! I hope you are able to get both your outdoor and indoor kitchens just the way you like them! That outdoor fireplace is absolutely stunning! How would it be!? Hope it all comes together for you!

Well, I am loving your outdoor grill! That is way cool. That fireplace is wonderful too.

Happy New Year Linda!
What an incredible backyard with that fabulous outdoor grill & pergola! It really is an outdoor kitchen :-) Adding a fireplace will make it truly wonderful!!

Oh my...... my husband would adore that BBQ.... what an outstanding out door space you have...... hummm don't think you will be moving that Pergola around... lol
HUgs
Linda
Queensland.... the name just sounds so magical

isnt that funny, my husband printed out how to build an outdoor pizza oven just last night. not as elaborate as your wish but kinda the same idea. hope you get your wish
%*_*%

You have been busy with the teenage retreat. What a great idea. I love your outdoor kitchen. That is fantastic and how fun to cook on that.
I hope you get the fireplace you want as well. Loved the picture you shared.

Happy New Year! You have been busy relaxing! That is an amazing BBQ, have fun!
Kimx

Hi Linda
I so love the outdoor living areas...perfect for you up North, maybe not so perfect for us down South...I hope you can find someone to build you that master piece!

Wow, that barbecue is a beauty. I'm DREAMING of summer as I have
50" of snow in my yard!

Love the pic of the outdoor fireplace! Wouldn't that be grand?

Thanks for stopping by my blog!

Now that's a bar-b-que!!! The pergola is lovely. It's all great and I wish it looked like that at my house!!

Linda
Burpengary, Queensland, Australia
A busy 41 year old mother of three very active boys aged 14, 16 and 17. My husband (Paul) and I run our own transport business where I do all the exciting paperwork. I love anything crafty although I can't sew, but I love paper, my hot glue gun and using Pauls power tools more often then him. My home is forever changing, it's a riot of different colours, as Paul says it is the Sydney harbour bridge, as soon as I have finished painting at one end I start again in a different colour at the other end.

A is for Army 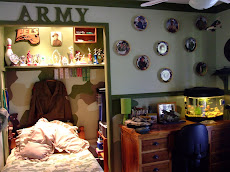 B is for Bone China

C is for Chandeliers 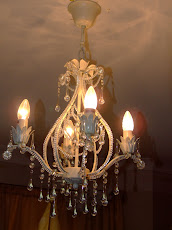 D is for Dollshouse

E is for Elvis

F is for Football

G is for Garden

H is for Hallstand

J is for Jewelry Stand

K is for Kitchen

L is for lamps

Lovely blogs I love to read 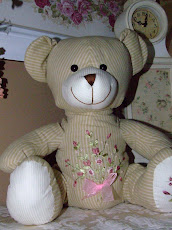 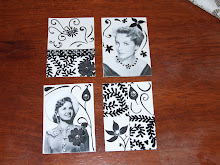 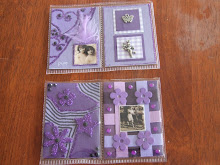 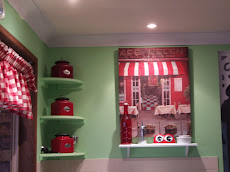 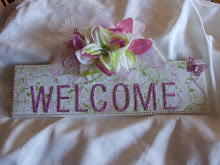 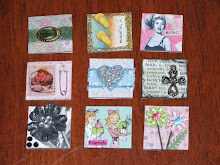 What I made for Beach's challenge 3 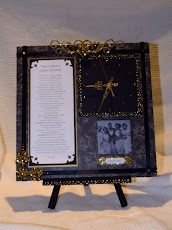 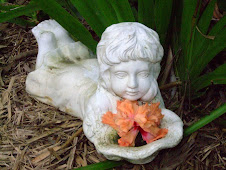 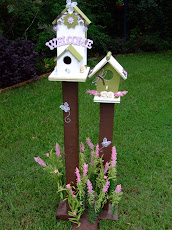 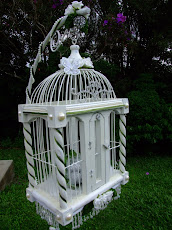 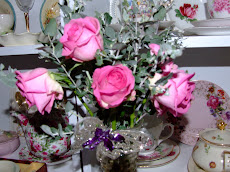 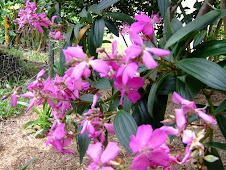 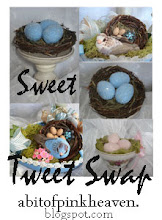 Hosted by Shannon @ Paint Mine Pink

One World One Heart Giveaway 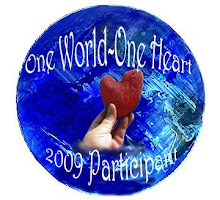